God’s words were well warranted.  He’d just commanded Abram to leave his home and move to an unknown land.  It would have been an overwhelming mission. “Do not be afraid,” God said, assuring Abram that He would be a “shield about him.”

Scripture doesn’t tell us Abram’s fear subsided, but we do see the faithful patriarch pack up his belongings, servants, hoards of animals, and head out.  To nowhere.  Because God told him to. Because he trusted the Shield and believed in the reward.

Have you ever sensed the Lord asking you to do something that sends shivers down your spine?  It makes your soul leap for joy and cripples you all in one swift motion. You fear giving it a name or saying the words out loud because then you may actually have to move into action. You’re unsure. Afraid.

That’s been me for the last few years – Hearing the whispers and asking God for guidance in the secret, hidden places of my prayer life.  Now, Lord? Here, Lord? Through this door, Lord?

I’ve always had a deep and unrelenting passion for teaching and education – Believing that knowledge and understanding can save the lost, free the oppressed, give hope to the marginalized, and equip the saints.  When my love for the Word and longing to understand it began to grow, I started hearing the whisper – The most beautiful and terrifying tug at my heartstrings to make the Gospel known in my community and among the nations.

I have all kinds of insecurities and doubts about walking into this ministry. I fear I won’t manage my time well, that my family will suffer, that I’m inadequate and unworthy, that you’ll think what I’m writing and saying is terrible – That it really will be terrible. That I’ll fail.

So why move through the fear?

Because sometimes God asks us to do things that exceed our human ability and forsake our comfort (think Abraham, Moses, Jonah, Nehemiah, the martyred Apostles…).

Because I’d rather walk in obedience than end up in the belly of a fish.  Jonah 1:1-17

Because His “very great reward” will be worth every bit of angst. Genesis 15:1, Revelation (all of it, but especially 22:12)

Because walking in His purpose will always, always, (ALWAYS) be better than walking in my own. Jeremiah 17:5-8, Ephesians 1, Romans 8:1-39

Because I trust that He knows and understands everything I don’t. Proverbs 3:5

Because His strength is made perfect in my weakness. 2 Corinthians 12:9

Our Genesis 15 story of Abram (whose name was later changed to Abraham) continues 2146 years later in Paul’s letter to the Hebrews:

“8 By faith Abraham, when he was called, obeyed by going out to a place which he was to receive for an inheritance; and he went out, not knowing where he was going. 9 By faith he lived as an alien in the land of promise, as in a foreign land, dwelling in tents with Isaac and Jacob, fellow heirs of the same promise; 10 for he was looking for the city which has foundations, whose architect and builder is God.”  (Hebrews 11:8-10, NASB)

“13 All these died in faith, without receiving the promises, but having seen them and having welcomed them from a distance, and having confessed that they were strangers and exiles on the earth. 14 For those who say such things make it clear that they are seeking a country of their own. 15 And indeed if they had been thinking of that country from which they went out, they would have had opportunity to return. 16 But as it is, they desire a better country, that is, a heavenly one. Therefore God is not ashamed to be called their God; for He has prepared a city for them.”  (Hebrews 11:13-16, NASB)

The inheritance. The promise. Abraham’s reward. They were not earthly structures or freedoms. The great reward promised in Genesis 15:1 was a heavenly one.

Abraham’s obedience in leaving his comfort and heading to an unknown land teach us that faith trusts God in spite of the result.  Still, the earthly result was beautiful:  Descendants as many as the sand in the sea and stars in the skies.  He believed even though didn’t get to see the promise fulfilled.

So we, you and I, like Abraham, step out.  Into the unknown. Unsure of the final result but trusting anyway.

I do hope that you’ll join us in this journey to bring God fame.  Together we can move through fear into His great reward – The shield about us. 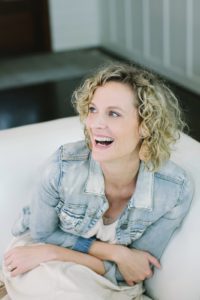 TOMORROW! 🎉🔥⁣ ⁣ We are so encouraged tha

Who’s coming to Fire + Fellowship?! ⁣ ⁣ We a

A part of being a true Collective is the ability t

“If a brother or sister is poorly clothed and la

I could sit here and try to write the perfect Good

“As I watched the daily procession of my pen pal

⁣ Save the date!!! ⁣ ⁣ Join us for an evenin