(and why it took me way too long to do it)

Four years ago, my husband and I bought our first home. We had high hopes for how we would show the love of Jesus to our new neighbors. We moved into our house in August 2014, and we slowly met a of couple families. Most interactions were pretty brief but we felt like we had done our new neighbor duty to at least introduce ourselves.

Then a year went by, and there had been very little interaction with others on our street. Another year went by. During those years, during Bible study or community group I would occasionally ask my friends to pray that I would be more intentional about loving my neighbors. I knew it was important, and somewhere in my heart I really did want to reach out. The thing is, praying about it was not the same as doing it. I made excuses. I was frustrated that the other neighbors weren’t making much of an effort. I was irritated that our street wasn’t a “fun” street. We didn’t have block parties or do fireworks together on 4th of July or ask each other for butter and eggs. As frustrated as I was about the lack of neighboring going on, I wasn’t doing much to help. I was contributing to the modern American stereotype of people who pull their car in the garage and shut the door almost immediately when they get home.

In spring of 2017, the night before Easter, I felt convicted to reach out to our next door neighbor – an older, single woman who lived alone. I felt like I was supposed to invite her to our Easter Sunday service. I knocked on her door, invited her to church, and she came the next morning! I felt thankful that she came and also kind of proud of myself as we introduced her to our family and friends, like, “This is my neighbor, who we invited to church, because we are intentional Jesus followers who are loving our neighbors.” Good for me, right? Well, guess what happened after that? It pains me to type the words, but after that Easter service, I didn’t even talk to her for an ENTIRE YEAR. The next time I talked to her was nearly a year later when I was finally outside doing yard work and she happened to be outside, too. How about that for intentional Jesus follower and loving neighbor?

When it came to loving our actual neighbors, I was overthinking it and under-doing it (a habit of mine on many levels). After living here for four years, I finally realized that if I wanted relationships with my neighbors, I was going to have to do something about it.

So we decided to throw a block party. I downloaded a free invitation template online for us to customize, print, and pass out to our neighbors. Three days before the party we knocked on doors and handed out invitations. Our street only has ten houses on it, but most of our neighbors were able to come.

The night of the party was a hot, August evening. We found an 80s Summer BBQ playlist to set the vibe, grilled a bunch of hamburgers and hoped that it would be a fun, non-awkward night. Neighbors wandered over with lawn chairs and side dishes or desserts to share. Taco salad. Gluten free brownies. Cans of lemonade. Bags of chips. We sat around in lawn chairs in front of our house and just got to know each other. Some people met for the first time. We covered the basic conversation topics; things like jobs, schools, how long people had lived on our street and where they had lived previously. Before the night ended we made a list of everyone’s contact info so we could get ahold of each other if needed.

There wasn’t anything fancy about it, and we didn’t lead anyone to Jesus. It was just a night of neighbors being neighbors. It felt like the beginning of a good thing. We still have a lot of relationship building to do, but we took a step in that direction. It’s embarrassing that the beginning is four years into our life on this street, but I needed to remember that it’s never too late to obey. When Jesus said, “love your neighbor as yourself” (Mark 12:31), I’m sure he wanted us to love those around us in general. But I’m also fairly sure he didn’t want us to overlook our actual, literal neighbors. I feel like Jesus has been teaching me in all of our years on this street that instead of waiting around for someone else to be loving and intentional, He was asking me to be the one to do it. If I’m the one tasked with carrying the light and love of Jesus into the world, then why wouldn’t I just throw a party for my street?

Maybe you live in an incredible neighborhood where you make friends easily and it feels like the most natural thing in the world to show the love of Jesus to your neighbors. But maybe your situation is different. Maybe you’re in an apartment that you didn’t think you’d still be in by now, and all you can think about is how loud and obnoxious your upstairs neighbors are. Or you wish the people across from you would just close their dang blinds. In your case, tolerating your neighbors feels like a lot to ask, and loving them feels impossible. Maybe you’re just renting a house, and you keep thinking that when you buy a home someday, when you finally plant roots, then you’ll get to know your neighbors. Maybe it doesn’t feel like this season really counts for much. Or maybe, like me, you’ve lived in the same place for a long time and the most interaction you’ve had with your neighbors is a wave when you see each other or a brief conversation. You feel like too much time has passed. You’re convinced it would be weird to initiate a friendship now.

Speaking from experience, I’ll be the first to encourage you that it’s not too late. And speaking as someone who took way too long to start getting to know my neighbors, what’s actually weird is living right next to people and not knowing one another at all. If God heard my prayer four years ago for the right house, at the right time, then this is the street. These are the people. We’re a quirky bunch, but we’re neighbors. I think people want to know their neighbors but aren’t sure where to start. Let’s be the kind of Jesus followers who initiate. The kind who throw the party. The kind who gather the people. The kind who care for those around us. Our simple kindness might go further than we think. 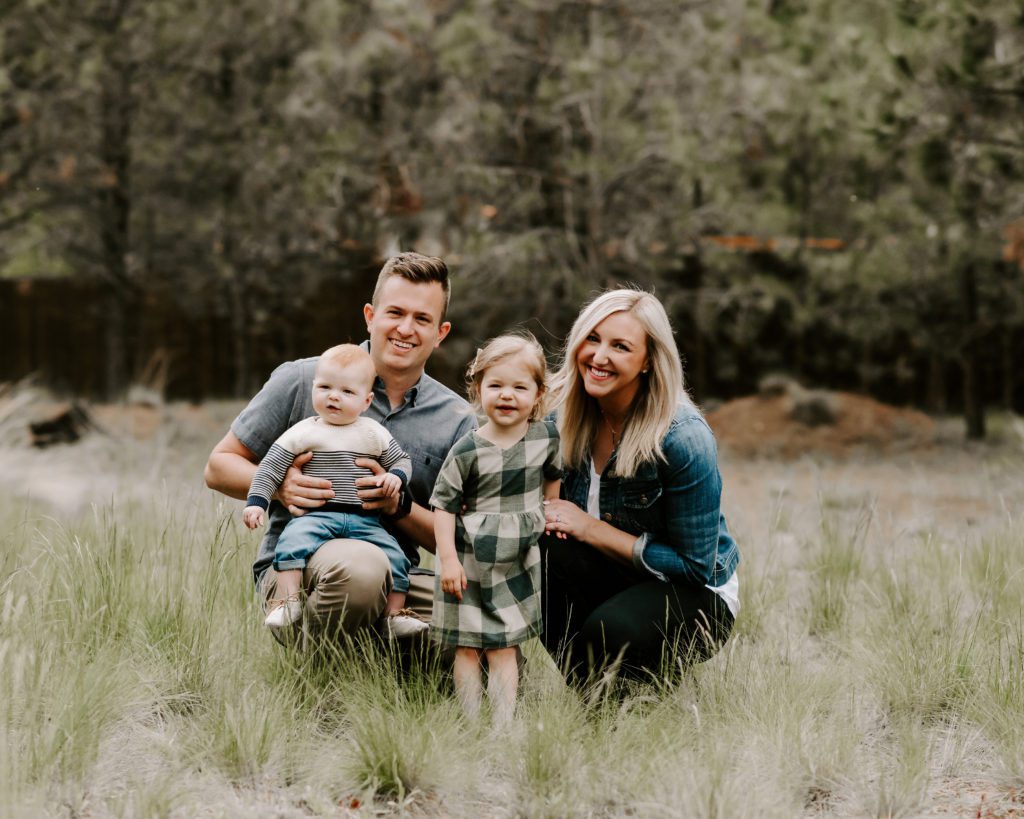 I live in Oregon with my sweet family. My husband and I have been married for six years and we have two babies, Norah (age 2.5) and Jack (9 months). I am a stay-at-home mom, and my husband is a pastor of high school students and young adults at our church.  I’m a year-round iced coffee drinker, I love interior design and redecorating my home, and have recently become totally obsessed with the Enneagram!

Join these Workshop Leaders and women from around

Learn more out Sabbath rest from @sarahbulkley on

Local to the Vancouver area? We’ve gathered a fe

A Prayer on MLK Day (and every day): Almighty God

Remember that ‘Save the Date’ you saw a few we

It’s the beginning of a new year. While many are