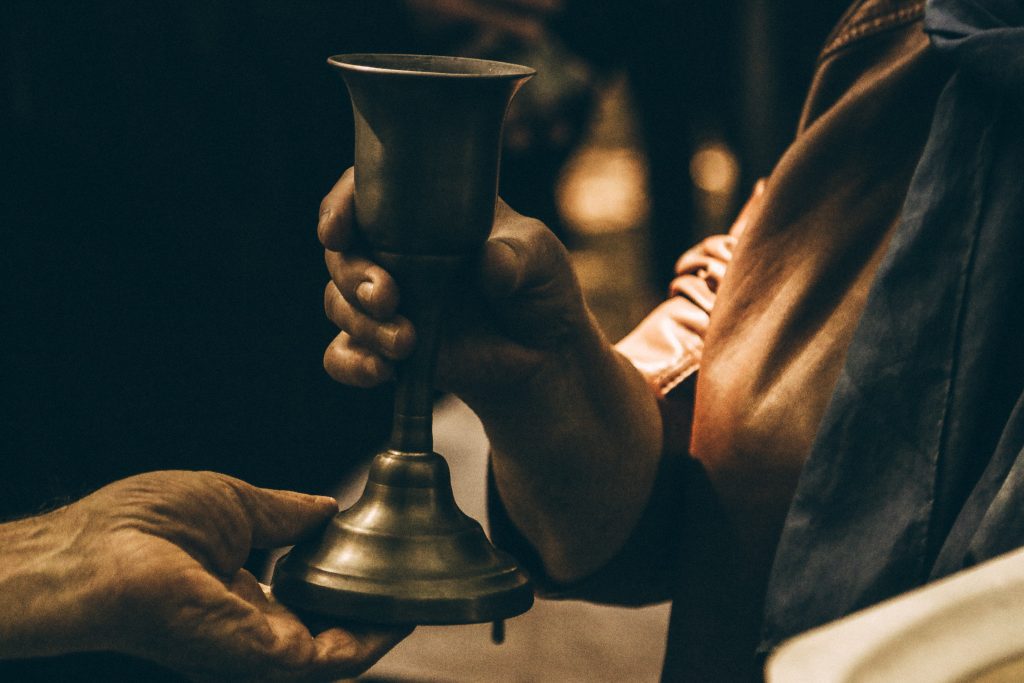 “The blood will be a sign for you on the houses where you are, and when I see the blood, I will pass over you. No destructive plague will touch you when I strike Egypt.” Exodus 12:13

“Then he took a cup, and when he had given thanks, he gave it to them, saying, “Drink from it, all of you. This is my blood of the covenant, which is poured out for many for the forgiveness of sins. I tell you, I will not drink from this fruit of the vine from now on until that day when I drink it new with you in my Father’s kingdom.”  Mathew 26:27-29

Things to Think About

As we reflect on Jesus’ last meal and betrayal this Holy Thursday, and anticipate his sacrifice and resurrection, may we also take into consideration the great significance of this day in the lives of God’s chosen people. As written in the book of Exodus, God delivered the Isrealites from captivity hundreds of years prior to Jesus’ coming. Not only was Jesus anticipating his own death on this night, he was also celebrating his father’s sovereignty and provision.

We as Christians refer to Jesus’ last meal as The Last Supper, but for hundreds of years the Jewish people revered it and celebrated it as Passover. They practice Seder, a meal where each dish symbolically reflects the food the Isrealites ate while fleeing Egypt. The holiday takes place every year and is one of the single most important days of the Jewish calendar. It is referenced throughout the Bible and is notably referred to when young Jesus travels to Jerusalem to celebrate Passover with his family, gets lost, and is found in the temple talking theology with some religious leaders. But that’s a different story (albeit a great one).

The point is this: Passover was extremely important to the Jewish people, including Jesus and his disciples (who were also Jewish).

Why is this significant?

I think there are many reasons, but here are a few to think about:

Today, let us do the same. Let us praise God for his deliverance and sovereignty despite our own fear, suffering, or struggles facing the world today. Let us remember God’s faithfulness on this Holy Thursday, just as Jesus did. Let us wonder about His perfect timing and trust that it will continue.

About the Author: Maya DaSilva is a high school junior who just got her driver’s license but rarely remembers where the keys are.

She enjoys wondering about how faith and culture intersect, and believes thinking leads to change – Even when we don’t have all the answers.

She thinks quiet voices are still meant to be heard.

Join these Workshop Leaders and women from around

Learn more out Sabbath rest from @sarahbulkley on

Local to the Vancouver area? We’ve gathered a fe

A Prayer on MLK Day (and every day): Almighty God

Remember that ‘Save the Date’ you saw a few we

It’s the beginning of a new year. While many are