“Rejoice greatly, O daughter of Zion! Shout aloud, O daughter of Jerusalem! Behold, your king is coming to you;righteous and having salvation is he, humble and mounted on a donkey, on a colt, the foal of a donkey.” Zechariah 9:9 (ESV)

“The next day the large crowd that had come to the feast heard that Jesus was coming to Jerusalem. So they took branches of palm trees and went out to meet him, crying out, “Hosanna! Blessed is he who comes in the name of the Lord, even the King of Israel!” And Jesus found a young donkey and sat on it, just as it is written, ‘Fear not, daughter of Zion; behold, your king is coming, sitting on a donkey’s colt!’ His disciples did not understand these things at first, but when Jesus was glorified, then they remembered that these things had been written about him and had been done to him. The crowd that had been with him when he called Lazarus out of the tomb and raised him from the dead continued to bear witness. The reason why the crowd went to meet him was that they heard he had done this sign.” John 12:12-18

Things to Think About

The prophet Zechariah foretold what was coming more than 500 years before Jesus entered Jerusalem. Branches waved and people cheered for the the man riding into town on a donkey.

As much as Palm Sunday is supposed to be a celebration, I feel somewhat pained and contemplative when it comes each year.

The truth is, those same people who welcomed the king may have been the very ones who chanted to free Barabbas and ogle at Jesus’ death only days later. They called him “Hosanna” and blessed him upon arrival, but mocked him at his crucifixion.

Many of God’s people praised the man who’d just raised Lazarus from the dead, but completely missed their Messiah.

And it makes me wonder what we’re missing, too – What we may misinterpret, misunderstand, and shout from the bandwagon just because it’s what others are doing. How may we, too, be misguided – Looking for the king of signs and wonders – the God of provision – but missing the miracle of His sacrifice and salvation?

So today, on Palm Sunday, let’s ask the tough questions. Let’s do the hard study. Let’s spend time with the Father, Son, and Holy Spirit as we seek to understand who He truly is.

Let’s know the King who rides into our lives asking that we give Him in His rightful place.

May we be people who recognize the One who saves and submit our lives to His glory. 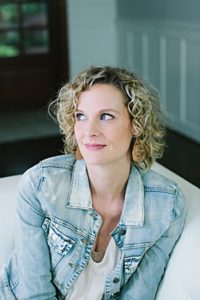 About the Author: Lisa Da Silva is a wife, mom of two teenagers, and advocate for women to love God with their heart, soul and mind as they engage in responsible study of His Word.  She writes, speaks, and teaches the Bible to anyone who will read or listen.

Guarding My Heart: A Sixteen Year Old’s Thoughts on Creating and Surrendering to Gatekeepers
Passion Week: A Holy Thursday Reflection

If you know Ali Gadbaugh, you know her authenticit

A picture may paint a thousand words, but never te

“Uhuru” is the name of Kilimanjaro’s highest

TODAY is the day! I (Lisa) took this picture in 20

A prayer walk to remember!! We love partnering wit

⁣ ⁣ Registration for our last retreat of the y